Alexander Skarsgard ''never wanted to act'' but was inspired into the industry because his dad, Stellan Skarsgard, was a movie star. 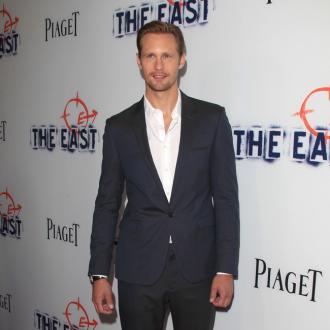 The 36-year-old star was inspired to act from a young age because his dad, Stellan Skarsgard - who played Bootstrap Bill in 'Pirates of the Caribbean' - was in the industry.

The 'True Blood' actor - who shot to fame after starring in hit TV series 'The Dog That Smiled' - quit acting in his teens to explore a career in the military but found himself drawn back into performing in his 20s because he missed the ''excitement'' it brought.

He explained: ''I never wanted to act. My father was in the business. I grew up with it. I was inspired by him. So, although I didn't want it, I was a kid actor at 13.

''Then I studied political science. Then in the military. Then in New York at 20 in management school.

''At 21, I got into trouble and had to figure out what I wanted to do. Dropping out of everything, missing the theatrical excitement, with everything else going weird, I went back to being an actor.''

The Swedish hunk attempted to pursue his acting career in his native country but found making it in the US was ''much easier'' because roles were up for grabs on a regular basis, and he landed an audition for 'Zoolander' with help from his father, who acted as his manager.

Speaking to the New York Post newspaper, he added: ''I originally returned to Sweden but afterwards learned work in Hollywood's so much easier. On vacation in LA, visiting my dad, who was my manager, he said, 'You're an actor. Go on auditions.' My first audition was 'Zoolander' with Ben Stiller. A small part.''