Alexander Wang says he creates clothes for confident people who go against the grain. 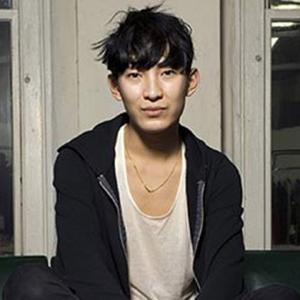 The Fashion designer - who has been linked with John Galliano's former job at Dior - says he loves to makes clothes for his friends including Zoe Kravitz, Erin Wasson and Alice Dellal because they are cool enough to pull them off.

He explained: "[I love to design for] The Black Sheep, the one who goes against the grain and can roll out of bed and feel confident and effortless."

However, Alexander's grungy designs are a world away from his home in New York which he admitted is covered in white flowers.

He told Style magazine: "I love white flowers, hydrangeas, orchids, roses. My mum's so superstitious and in Asian culture there are certain dates when you can't use white flowers. So she's always like 'Oh my God'."

Alexander has gained a huge following in the fashion industry with Marc Jacobs previously praising the Taiwanese clothing creator along with other young designers, and explaining there is "always room" for new starters in fashion.

He said: "People ask me about the younger designers, Alex Wang and all of them, I think they're great. I couldn't do what they do. It's not what I do.

Alexander Wang had fan moment when he met Madonna

Alexander Wang teams up with Evian