Review of Towards the Sun Album by Alexi Murdoch

Alexi Murdoch is one of those artists; even if you haven't heard of him, you've probably heard him. Whilst his name likely wouldn't be recognised in even the hippest of households, his meticulously-crafted brand of heartstring-tugging acoustic balladry has proved the perfect fit for a plethora of films and TV shows, with Grey's Anatomy, The O.C., House and Prison Break, to name but a few, including his work in recent years. 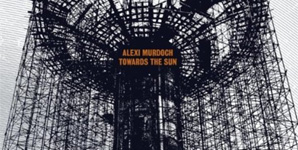 If Murdoch's meteoric rise from relative obscurity to regular rotation on primetime television affected him, though, it certainly doesn't show on Towards the Sun; despite being recorded in just one night in Vancouver, to call it a slow burner would be a resounding understatement.

That it's taken two years for the album to see a proper release - it was around in limited numbers back in 2009 - seems fitting; Towards the Sun is the sound of a man in no hurry whatsoever. The title track opens the record and sets the tone for a gorgeously understated collection of songs; against a subtle backdrop of gentle keys and meandering guitars, Murdoch's hushed vocals take centre stage.

The similarities with Nick Drake are obvious and immediate, but to not draw attention to them would be to do Murdoch a disservice; like Drake before him, his voice suggests the wisdom and experience of a man twice his age, and as such packs a hefty emotional punch. Like Drake, but unlike so many contemporaries -Bon Iver, Iron and Wine, Fleet Foxes - he rarely tries to stretch his vocal ability; he doesn't need to. 'Through the Dark' is proof of this; sonically, it epitomises the record as a whole - low-key instrumentation combined with assured vocals - and yet it's surely impossible not to become emotionally involved, so evocative is the yearning delicacy of Murdoch's singing. It's an encapsulation of the record's themes - all the desolation, and indeed isolation, you'd expect from making a largely acoustic record in the middle of nowhere is brilliantly translated, to the extent that you have to wonder why 'Through the Dark' doesn't close the record; the final two tracks, 'The Light' and 'Crinian Wood', seem almost tacked-on, disconnected from what made the first five songs such a wonderful journey. They're still a pleasant listen, however, and perhaps the feeling that the record never really reaches a solid conclusion is a good one; the way the music meanders into the distance seems to reflect that that night in Vancouver was just one stop on Murdoch's musical journey - on this evidence, I can't wait to hear the rest.

Alexi Murdoch - Towards the Sun