Alexis Bledel, who is the favorite to play Anastasia Steele in the Fifty Shades of Grey movie, is set to marry her Mad Men co-star boyfriend Vincent Kartheiser. 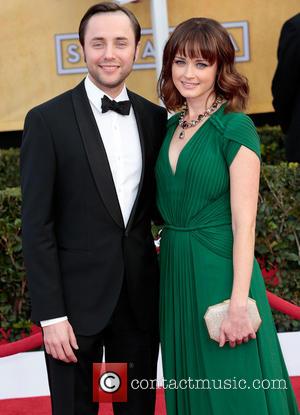 Alexis Bledel and Vincent Kartheiser, who engaged in a steamy on-screen affair on AMC's Mad Men, are getting married in real life! 31-year-old Bledel and her 33-year-old beau went public with their relationship back in October, looking very much in love, and it appears the couple are ready to take their romance to the next level.

A representative for the couple confirmed the engagement news to E! online after Us weekly had dropped the exclusive. A source told the magazine that Vincent - who plays ad executive Peter Campbell in Mad Men - "proposed a few weeks ago," and that the ring is "huge." Bledel played an unhappy housewife in the multi-award winning series, though seduced Kartheiser's character after he begins to do business with her husband. Though Bledel landed the Mad Men role following her stint on Gilmore Girls, bigger things could be on the horizon for the San Francisco native. Bookmakers have her as the big favorite to play the submissive Anastasia Steel in Universal and Focus Films' adaptation of E.L James' controversial novel Fifty Shades of Grey. Shailene Woodley was considered her nearest rival for the part, though took the lead role in Fox's 'The Fault In Our Stars' earlier this week. Emma Watson and Mila Kunis have both talked down the chances of them playing Steele. The movie, which is likely to star either Henry Cavill, Alex Pettyfer or Ryan Gosling as Mr Christian Grey, will go into production this summer.

We here at Contactmusic.com wish both Bledel and Kartheiser the best!