The pair have been dating since last summer 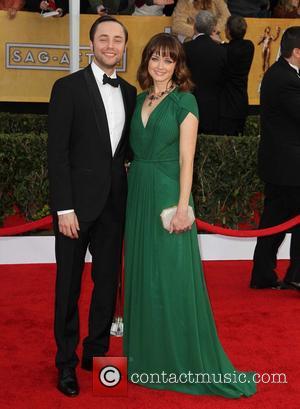 Their affair in Mad Men might have not ended up amounting to much, but off-screen it looks like things are going strength to strength for co-stars Alexis Bledel and Vincent Kartheiser to the extent where it’s been confirmed that the two actors have been going out for some months and are engaged to be wed! How exciting!

Cue plenty of gushing quotes from sources apparently close to them, with the bulk of them talking to Us Weekly. With both of the actors also co-stars in Gilmore Girls, the pair clearly have history going back a long way, so it looks like a rather lovely case of good friends becoming partners, and one of the insiders close to them told Us Weekly “they couldn't be happier.” Aww

The source continued "Vincent proposed a few weeks ago. She's been wearing her ring. It's huge!" Another source meanwhile commented “They are so cute together!” of the soon-to-be married couple. The pair were revealed to be dating last June, by Us Weekly, with Kartheiser having previously been linked to actress Rachael Leigh Cook. Bledel, meanwhile, has dated co-stars before, namely Gilmour Girls Milo Ventimiglia, who she was with for more than three years. It will be the first marriage for both, with another source confirming "They are so cute together!" We’re sure they are. The Mad Men co-stars are to get married!