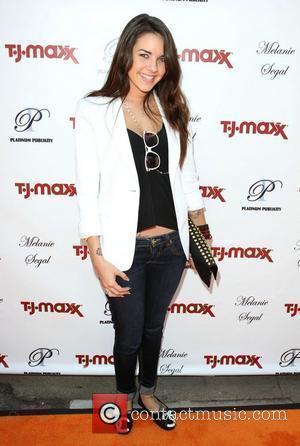 Reality Tv star Alexis Neiers, who inspired Emma Watson's character in The Bling Ring, has opened up about the sexual abuse she suffered as a child.

The Pretty Wild star, 22, has penned a blog on Vice, detailing how memories of being molested by a male relative returned after she gave up drink and drugs in 2009.

She explains, "After getting sober for the first time at age 18, I quickly relapsed and began having night terrors about sexual attacks that happened to me as a child.

"After my memories resurfaced, I kept the history of sexual abuse a secret for another year, until I entered rehab for my addiction."

She eventually decided to go to the police and report the unnamed man in a bid to save his own child from the same peril.

Neiers adds, "I knew in my heart that, at the end of the day, this man has a child - a child who is the same age I was when he started abusing me. I would feel responsible if anything happened.

"I didn't report his actions for revenge or to make myself feel better - it was a painful experience and reporting the abuse doesn't keep the painful memories from returning.

"I'm making my traumatic history public knowledge, because one in five girls and one in 20 boys are victims of childhood sexual abuse. To prevent him from abusing other children and to begin the healing process, I had to speak up."

The socialite served four weeks behind bars for her part in the so-called 'Bling Ring' gang, which broke into the homes of stars including Paris Hilton, Lindsay Lohan and Orlando Bloom in 2008 and 2009 and snatched more than $3 million (£1.9 million) worth of goods.

Their story was transformed for the big screen by Sophia Coppola earlier this year (13).