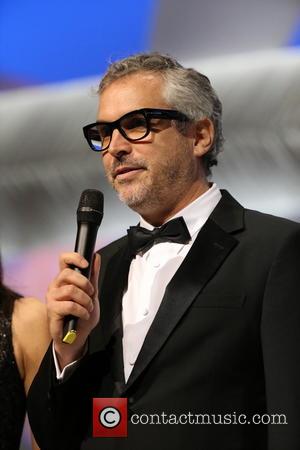 Gravity director Alfonso Cuaron has shot down rumours he is heading back to the Harry Potter franchise to helm the forthcoming spin-off, Fantastic Beasts And Where To Find Them.

Reports emerged last week (begs19May14) suggesting the Mexican filmmaker, who oversaw Harry Potter and the Prisoner of Azkaban, had become a frontrunner to helm the film adaptation of author J.K. Rowling's 2001 wizard story.

However, Cuaron has now denied the rumour, telling Spanish news agency Efe, "It was a very beautiful experience for me. I have a lot of love for that universe and I tremendously admire J.K. Rowling, but today, for the present, projects based around lots of visual effects don't attract me. I'm coming out of a five-year process of doing visual effects and now I sort of want to clean my palate of that a little bit."

Fantastic Beasts and Where to Find Them is set for release in November 2016.