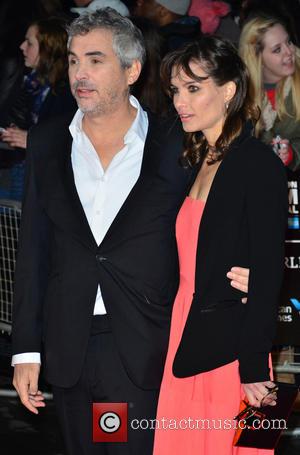 Mexican director Alfonso Cuaron is set to be feted for his career achievements at the 2014 Visual Effects Society Awards.

The filmmaker, who has been tipped to land a number of Oscar nominations for his sci-fi thriller Gravity, will be honoured with the Visionary Award at the 12th annual prizegiving in Los Angeles on 12 February (14).

VES Board Chair Jeffrey A. Okun says, "Alfonso pushes the known boundaries of filmmaking. He has been at the forefront in using visual effects to tell remarkable, highly nuanced stories that change the way we think about what is possible to achieve. Throughout his career, Alfonso has shown a rare talent for using cutting-edge technology to engage us in his deeply visceral storytelling and create unforgettable cinematic experiences."

Cuaron will follow in the footsteps of previous honourees Christopher Nolan and Ang Lee, who claimed the accolade this year (13).