Gravity opens with $55.5 million in US

'Gravity' enjoyed a record-breaking opening weekend in the United States, taking in $55.5 million, which made it the highest grossing October debut. 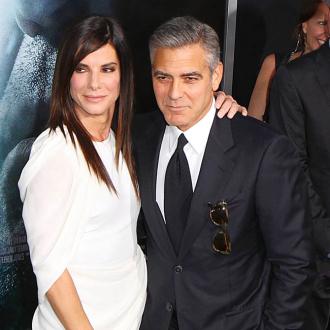 'Gravity' enjoyed a record-breaking opening weekend in the United States.

The Alfonso Cuaron-directed space thriller, which stars George Clooney and Sandra Bullock, had the highest grossing October debut in history, taking in $55.5 million between Friday (04.10.13) and Sunday (06.10.13).

The blockbuster film stars Bullock as a medical engineer who goes on her first deep space mission with an experienced astronaut (Clooney), however, the pair find themselves lost in space and struggling to survive when their shuttle is damaged.

'Gravity' has earned rave reviews from critics and fellow filmmakers, including 'Titanic' and 'Avatar' helmer James Cameron, who deemed the flick the ''best space film'' he's ever seen.

The film ousted last week's box office number one, 'Cloudy with a Chance of Meatballs 2', from the top spot. The animated caper grossed $21.5 million over the weekend, while Justin Timberlake and Ben Affleck-starring flick 'Runner, Runner' debuted at number three with $7.6 million.

'Gravity' actress Bullock recently revealed is ''grateful'' for her role in the film as she has struggled to find dramatic parts that she deems comparable to gritty characters created for male actors.

She said: ''I was always longing to do, emotionally and physically, what my male counterparts always got to do. I just felt envious every time I saw a movie that I was in awe of and it was usually a male lead. And those kinds of roles weren't available. They just weren't being written.

''But in the last couple of years, things have shifted. And then, there's the fact that Jonas and Alfonso [Cuaron] wrote this specifically as a woman. It wasn't an afterthought. I think it was the integral part of the story.''