'Gravity' is tipped to win honors this year, though will screen out of competition in Venice. 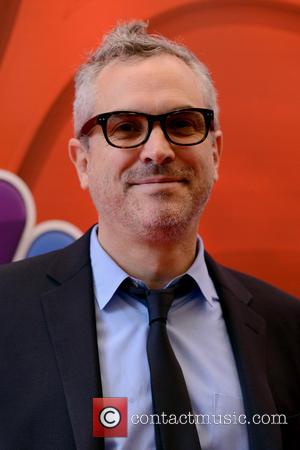 Alfonso Cuaron's techno-thriller Gravity - starring George Clooney and Sandra Bullock as astronauts stuck in space - will open the 70th Venice Film Festival this year. The movie, which could be either absolutely fantastic, groundbreaking cinema or dull sci-fi, will not vie for the coveted Golden Lion award and will screen out of competition.

Bullock plays Dr Ryan Stone, an engineer on her first shuttle mission, while Clooney plays the veteran astronaut Matt Kowalsky. During a routine spacewalk, their shuttle is completely destroyed and radio contact to Earth is lost.

Both Cuaron and Bullock were on-hand to present new footage of Gravity at Comic-Con San Diego this week and spoke about the making of the movie.

"Outside, there was a robot arm with the camera, and then rows and rows and rows of computers and some very wise geeks doing their work. Sandra was totally isolated in that cube,

"And it took a while to get her into the rig, so she'd stay there between takes with her music. As she said, it was very mathematical, but the focus is her emotional journey," said Cuaron.

Bullock elaborated, "It wasn't just a cube. You were locked into this grid, and it would oscillate. So if the robot had decided to just punch through my face, I couldn't have gone anywhere," according to HitFix.com.

Elsewhere at the Venice Film Festival, Terry Gilliam's The Zero Theorom, starring Oscar winner Christoph Waltz and Matt Damon, will screen for the first time, as will Jonathan Glazer's Under the Skin with Scarlett Johansson.

The festival runs from August 28-Sept. 7.