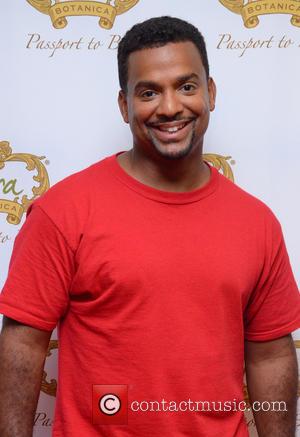 Picture: Alfonso Ribeiro - 'The celebrities from season 19 of 'Dancing with the Stars' photographed at the Backstage Gifting Suite in Los Angeles, California, United States...

The actor, who is currently competing on hit U.S. Tv show Dancing With the Stars has revealed his wife, Angela, is pregnant.

He announced the news after completing a rumba with his dance show partner Witney Carson on Monday night (27Oct14), stating, "My son, it's his first birthday today, so I'm so happy that he's here with me and as a wonderful present, my wife and I decided to get him a little brother or sister. We're having a baby.

"I wanted to announce it here on the show because I just want to say thank you to all the fans."

Ribeiro is one of the favourites to win the Tv dance contest.