Alfonso Ribeiro Is Adamant There Will Never Be A Tv Reboot Of The Fresh Prince Of Bel-air, Because No One Can Take The Place Of Their "Cornerstone" James Avery. 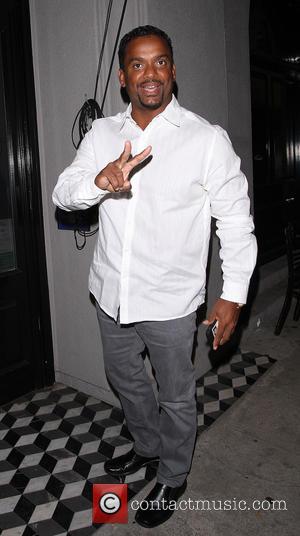 The veteran actor, known for his role as Uncle Phil on the hit 1990s sitcom, died on 31 December, 2013, and recent rumours suggested leading man Will Smith was planning a revamp.

However, Alfonso admits he is not a fan of resurrecting the family comedy for a new run, because it will never match the "quality" of the original show.

"It's funny because there were reports out that there'd be a reunion of the show," he told U.S. talk show The View on Thursday (08Oct15). "I vote no... We stopped (making Fresh Prince) because we felt like we couldn't continue making shows with the same quality that we had for the six seasons... and so the idea of doing a reunion or getting together and creating a show, one, Will ain't (sic) doing (starring in) it! We've lost James Avery, the cornerstone of the entire show, so to try and do a show that really doesn't have the core of the show, just is a new show using an old name."

At the time the reboot reports surfaced in August (15), some sources claimed the project, which was in the very early stages of development, would only share a similar concept and feature a completely new set of characters in a different setting.

Will was said be serving as executive producer of the sitcom, alongside his wife Jada Pinkett Smith and his other Overbook Entertainment partners, James Lassiter and Caleeb Pinkett.

The rapper-turned-actor became a household name with the success of the TV series, which ran for six seasons from 1990 to 1996, and also featured Tatyana Ali, Karyn Parsons and Joseph Marcell.