Ali Lohan has revealed she will e visiting her sister Lindsay in rehab at the end of the month and insists the pair are ''very close''. 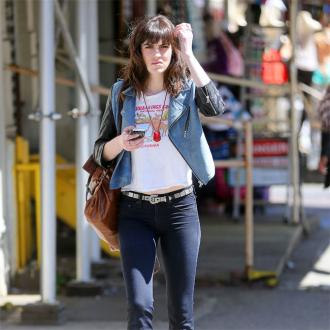 Ali Lohan will visit her sister Lindsay in rehab.

The 19-year-old model is supporting her troubled sibling as she starts her court ordered 90-day treatment programme at the Betty Ford Center in Rancho Mirage, California, and Ali intends to go and see her at the end of May to give Lindsay a boost.

When asked if she will be visiting the 'Scary Movie 5' star while she is in the facility, Ali replied: ''Yeah, she's in California. So she's there and I'm going to be visiting her at the end of the month for some family time.''

Ali also revealed her older sister - who has had numerous legal problems and is known for being a wild party girl - has given her advice on fame and how to cope with the pressures of a celebrity lifestyle.

She told WWD: ''She (Lindsay) just says the main thing is to do your best and to do what you love. We're very close and speak very often. Well, the last time we spoke, I guess, was two weeks ago, so kind of often. But yeah, she's awesome.''

Ali has definite plans on what she wants to do in her career and she is adamant she won't be defined by 26-year-old Lindsay's behaviour or the antics of her father Michael and mother Dina.

She insisted: ''I would just like to be known as my own person. I don't need to ride on any coattails. I just want to make my mark myself ... I want to make the most out of the word 'fame.' I want to do good things with my fame, or whatever it is. I want to help and do charity work. There's something going on in Chile right now with the water, so I think I'm going to down there in a month to help out. My grandfather worked with charities his whole entire life, and we grew up living with him.'' 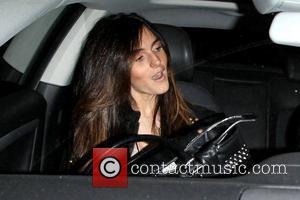