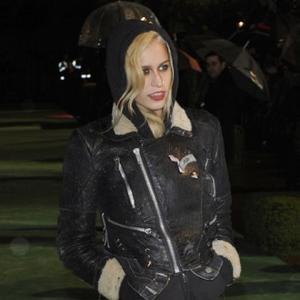 Alice Dellal is the new face of Marc by Marc Jacobs.

The London-based socialite, musician and model - who is known for her signature half-shaved head and punk style - has been chosen by the designer to front the campaign for his brand's spring/summer 2012 collection alongside Erik Andersson.

In contrast to her usual look, the 24-year-old model wears a selection of bright dresses and anklestrap shoes in the shots taken by photographer JUERGEN TELLER.

This is one of a number of high profile campaigns for Alice, who was handpicked by CHANEL's Karl Lagerfeld to become the face of the Boy Chanel handbag collection after the pair met at a photo shoot some months ago.

A Chanel spokesperson said: "[Karl Lagerfeld] had a crush on this unique, charismatic young lady, who is both a model and musician, during a photo shoot several months ago. This previously unforeseen alliance finally became self-evident. Alice Dellal represents the perfect incarnation of all that is unique about the Boy Chanel handbag collection, which strives [to be] far from conformist notions of femininity."

Karl took the pictures for the campaign, which will be released worldwide in March. 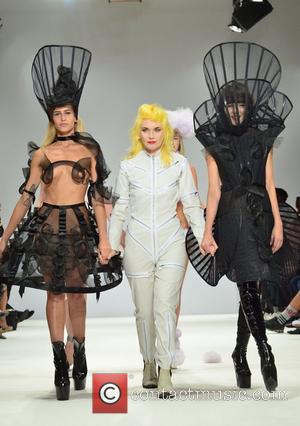