Alicia Key's son is ready to be a big brother

Alicia Keys' four-year-old son Egypt is ''so ready'' to be a big brother and the pregnant singer is feeling very energetic despite being in her third trimester. 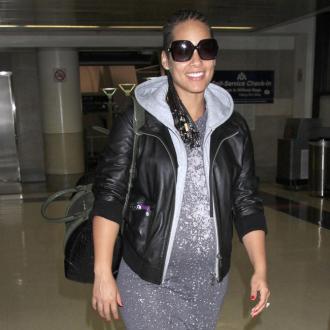 The 33-year-old singer and husband Swizz Beatz are set to welcome their second child into the world on New Year's Eve (31.12.14) and says their four-year-old Egypt is very excited about their impending arrival.

Meanwhile, the 'Girl on Fire' hitmaker is feeling very energetic despite being less than two months away from her due date.

She told E! News: ''I feel really good. My husband was just saying, he was like, 'Baby, I really need you to like get some rest,''' because I'm just invigorated. I'm just moved. I started something called the We Are Here movement, which supports Keep a Child Alive and 12 other organisations as well. And it's really about how I realised we can't solve the world's issues in isolation, we have to do it in a holistic view. So I'm just motivated. I can't help it!''