Alicia Keys has been called in to mentor on the US version of 'The Voice' alongside coach Pharrell and his team of aspiring musicians. 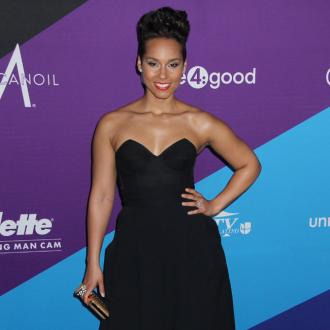 Alicia Keys will mentor on 'The Voice'.

The 'Girl Of Fire' singer is set to join the 'Get Lucky' hitmaker on the US revision of the hit reality show later this year as he tries to coach his team of aspiring musicians into the final of the singing competition.

She wrote: ''My friend @Pharrell invited me to be a mentor for his team on #TheVoice! His team killed it ;-) #AliciaKeysonTheVoice,''

Pharrell - who joined the panel of the show this year along with Gwen Stefani and original coaches Blake Shelton and Adam Levine, replied: ''Can't wait @aliciakeys.''

The news follows on from the pair's collaboration on a song the for 'The Amazing Spider-Man 2' in March this year which also featured vocals from Kendrick Lamar.

The 41-year-old singer produced the track, 'It's On Again', for the superhero action movie alongside acclaimed Hollywood score composer Hans Zimmer, who oversaw the project.

Pharrell previously gushed about his collaborators, saying: ''Hans has created an iconic score theme and it was exciting to collaborate with him again on this song. When I was making the song, I knew Alicia and Kendrick had to be on it. They take the song to a whole new level.''

Meanwhile, the upcoming seventh season of 'The Voice' will also feature coaching from Fleetwood Mac songwriter, Stevie Nicks on Adam Levine's team, while Blake Shelton has called in country group Little Big Town and Gwen Stefani has called in her rocker husband Gavin Rossdale to help mentor her chosen musicians.