Alicia Keys Super Bowl Performance of National Anthem, The Star Spangled Banner, One of the Best Yet? 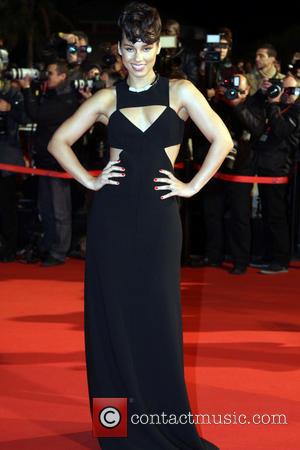 Alicia Keys set an impressive record for the longest rendition of The Star Spangled Banner yet, when she performed it at yesterday's Super Bowl in the Superdome in New Orleans. Not only was it the longest, but many are questioning whether it was the best.

It's not difficult to beat the 2011 performance for Christina Aguilera, who normally has a great voice, but who sadly forgot the words - uh oh! But Bleacher think that, aside from Whitney Houston's XXV 1991 performance, Keys was the best yet. And even praised Keys for singing live, where Houston did not. E! Online was also impressed with the performance describing it as a "quiet and dignified salute" to the anthem. All in all then, the 'Fallin'' singer did a great job!

And, just to add icing to the cake, she could make money from it in the future. The Star Spangled Banner has no copy-rightattached to it, so she could use it for free, but by adding her own arrangement she can then copy-right that. As Showbiz411 said: "Keys could make money from its future use in that form, and get her a shared songwriting credit with composers Francis Scott Key and John Stafford Smith, who died in the 1800s."

Keys wore a stunning red dress teamed with matching heels, a diamond studded Marina B Kar collar, and sat at the enormous silver piano, with which she accompanied herself. If Alicia's performance isn't the best, it's certainly up with them.