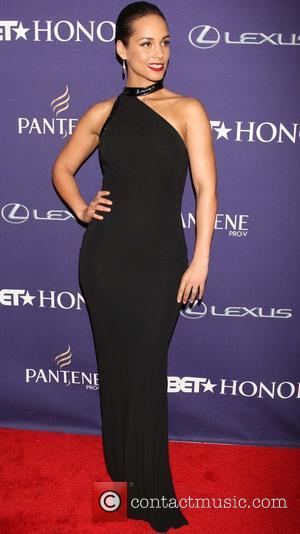 Alicia Keys will perform at the beginning of this year's Super Bowl XLVII, taking to the field of the Mercedes-Benz Superdome in New Orleans on February 3 to perform a rendition of the American national anthem, the NFL and CBS announced today.

Keys' performance will air on CBS just prior to kick off and will be the singer's third overall performance at American Footballs grandest platform, having performed in 2005 and 2008, each time appearing as part of the pre-game entertainment. The news of Keys' appointment joins the announcement that fellow R&B star Beyoncé will be serving as the half-time entertainment for the sporting extravaganza, with her performance increasingly being dogged by rumours that she will be joined on stage by her Destiny's Child bandmates Kelly Rowland and Michelle Williams.

Last years Super Bowl, Super Bowl XLVII, drew in a massive audience of over 111.3 million viewers in the U.S. alone, making it one of the most-watched sporting programs of all time. It comes as no surprise then to learn that this year the NFL are pulling out all the stops to ensure that this year's final surpasses the massive target set by the last final. Both the pre-game and halftime entertainment is being overseen by the NFL Network Production, with Ricky Kirshner serving as the executive producer of the whole extravaganza. We already can't wait to see what's in store next year.