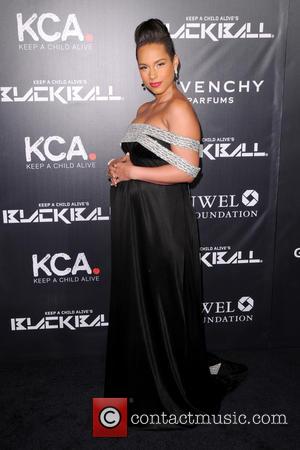 Sintra Arunte Bronte inspired the Girl on Fire singer to get wet and pose in a see-through T-shirt with the word 'Jamaica' covering her breasts, and admits she is thrilled her 40-year-old poster, in which she bears a striking resemblance to the Grammy winner, is a talking point again.

She tells U.S. news website Local10.com, "I feel honoured that she chose me as the person she would like to represent."

Now in her 60s, Arunte Bronte was 27 years old when she caught the eye of a photographer while on vacation in Jamaica, and he asked her to pose for him.

The 1972 Jamaica tourism campaign poster became a global hit and now Keys is hoping the new image will encourage more visitors to flock to the island.

Although Keys is a New York City native, she is no stranger to Jamaica - she has recorded at the Geejam hotel and studio in Port Antonio.