The BBC have commissioned a new sitcom, starring pensioners. 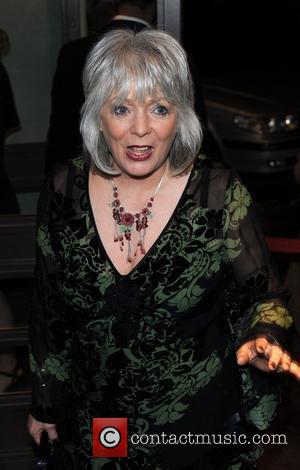 Acting veteran Russ Abbot has been confirmed to join the cast of an upcoming BBC One comedy, provisionally titled Grey Mates, will also star June Whitfield and Stephanie Beacham, rounding out a trio of pensioners living out their twilight years on the Norfolk coast. The premise is that each of the seniors faces his or her golden years in a different way. And OK, it might not sound that exciting, but let’s all think back to the original premise of Downton Abbey. There might still be some potential here too.

Alison Steadman, Philip Jackson, Paula Wilcox and James Smith will join Abbot to complete the principal cast of the series. Controller of BBC One Charlotte Moore said for BBC News: "Comedy has a unique ability to make the ordinary extraordinary and Grey Mates delivers that with a big hit of characters."

She added that the onset of retirement is "hilariously brought to life by a stellar cast whose relationships are tested in a multitude of ways."

This would also be a welcome opportunity for viewers to see more of Russ Abbot, best known for his self-titled sketch show, which ran from 1986-91, with a brief return later in the 90s. He also had a recurring role in the long-running series Last of the Summer Wine, where he played Luther “Hobo” Hobdyke for two seasons, before the series came to an end in 2010, after 37 years on screen. Abbot emerged on the comedy scene back in the late 80s with his own self-titled show.