Review of Welcome Home Album by All The Young

Indie rockers All the Young seem to have burst onto the music scene with pretty much no warning whatsoever. Their debut offering, Welcome Home, a title that rather presumptuously seems to assume that listeners will immediately be captured by their sound and feel like they've been 'missing out all this time', is a bold and intrepid release, with a sound and a feel that's sure to be taken notice of. 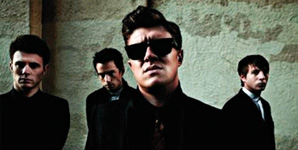 It comes as quite a surprise, in all honesty. It's a very well produced album, in fact the production is astonishing, and that seems to draw attention away from the actual music. Surely it's better to write music that's enjoyable to listen to however it's recorded, than to make music that's produced brilliantly but is ultimately rubbish? Not that this album is entirely rubbish, but there are some problems.

Happily, on the plus side the excellent production means that, despite the problems that comes with it, every element of the music is clearly audible, and within it there are some redeeming features. The vocals are excellent, and the presence of massive amounts of echo and reverb on the guitars gives the music an eerie, haunting quality, that's mournful in some places and uplifting in others. As an overall sound it really does remind one of Biffy Clyro, but whilst this puts paid to the unique ideology that the band want, it's not actually a bad thing because it does sound rather good.

So, it's not necessarily an entirely bad album, but it has slightly been overproduced which has given it the wrong angle to approach an audience from. With a little more care and consideration when producing the music, it might be received slightly better. 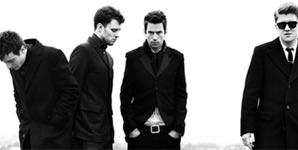 All The Young - Interview

All The Young - Welcome Home 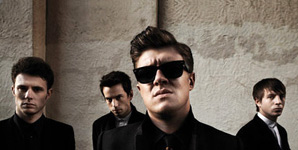 All The Young - Live At The Kings Hall, Stoke On Trent All The Young - The Horizon Video All The Young - Quiet Night In Video