Review of Future Hearts Album by All Time Low

Baltimore rockers All Time Low topped the pop-punk charts once again with their new album 'Future Hearts'. The band have developed a more mature sound over the years that is also accompanied by poppier music, which shows that the band are going to continue to make catchy music that will appeal to a widespread audience for a long time to come. 'Future Hearts' isn't a departure from the band's previous music, but a progression where they've tried new things but also incorporated a lot of the old All Time Low.

'Something's Got To Give' was the first single from the album, and is by far 'Future Heart''s highlight. It combines all of the best elements of pop with the original sound of All Time Low which can be heard on their 'So Wrong It's Right' album.

The album is musically very similar to their previous record, 'Don't Panic', to the point where some of the tracks could be swapped between the two and it wouldn't make much difference. Nevertheless, the album isn't without its catchy songs, such as 'Cinderblock Garden' and 'Don't Go' that really bring the album up.

However, the lyrics to all of the tracks are pretty mediocre and incorporate the usual themes of teen love, lust and fun. With a band that has been around for as long as All Time Low has, it's disappointing that they still are only 'on par' lyrically with other pop-punk bands, when they should be soaring at the front of the race.

One of the things that stand out on the album is the incorporation of the ballad 'Tidal Wave'. The song, which features guest vocalist Blink-182's Mark Hoppus, brings a different side to All Time Low forward and will most definitely become one of their best live arena songs. Songs like 'Tidal Wave' are what was missing from their previous album and All Time Low have shown that, by incorporating it into 'Future Hearts', they know how to progress to keep their music alive. Hoppus' vocals harmonise perfectly with Alex Gaskarth's, but the song is overall a little lacklustre.

Overall, the album is clearly targeted at teenagers with its poppy vibe and was a major success in terms of sales, but musically it was pretty unimaginative. 'Future Hearts' sits somewhere between 'Don't Panic' and 'Dirty Work' and, although it is cheesy and mediocre, the album is still fun and All Time Low have done well to remain relevant in a time where there is a lot of competition. 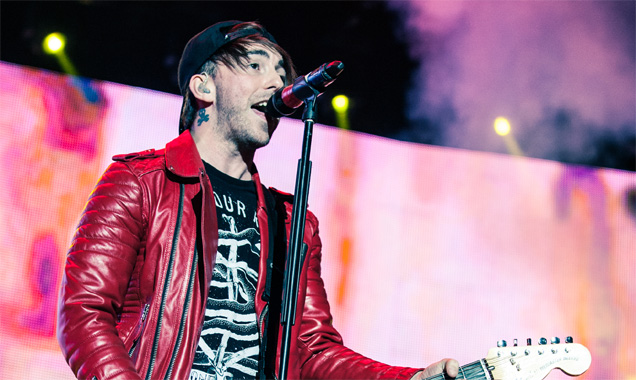