'American Beauty''s Allison Janney has revealed that she is currently looking forward to a date with a man she shared her first kiss with - around four decades ago. 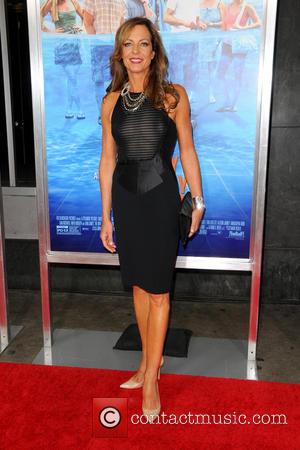 Five-time Emmy Award-winning Allison Janney is hoping that a date with the man who gave her her first kiss will blossom into a rekindled romance. This comes after splitting up with actor Richard Jenik in 2006 led to her going through a long dry-spell. In 2012, she revealed that she was thinking of trying her hand at online dating in a final attempt to find her 'soul mate'.

Related: Watch The Trailer For Allison Janney's 'Days And Nights'

Furthermore, Janney has revealed that she recently reconnected with her first teenage boyfriend and the couple have planned to meet up sometime. The 53-year-old actress still remembers the time they shared their first kiss and now can't wait to meet again. She explained the encounter from many years ago to 'New York Daily News', saying: "I was 13 or 14. It was a really good French kiss. It was my first French kiss on the beach and it was fantastic. We only had that summer. We lived in different states. It was pretty magical... I know where he is. We're supposed to go on a hike soon."

Related: Watch The Trailer For Allison Janney's 'The Rewrite'

Janney was close to revealing the identity of the mystery man, although she didn't in the end. She did, however, answer the question as to whether she would be willing to pick up where they left off nearly four decades ago, by saying: "That would be really cool."