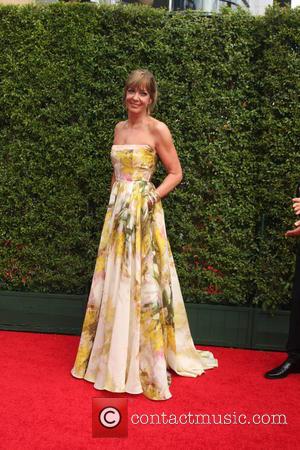 The accessory supports the Green Ribbon Campaign, a movement which aims to open up discussion about mental health.

Last year (14), celebrities at the TV prizegiving also wore the ribbon, weeks after Robin Williams' suicide. Actress Allison Janney was among those who supported the campaign, and told reporters at the time, "I dealt with it firsthand and lost someone really dear to me. Everyone is feeling that."