The actress was apparently involved in a sex cult with businessman Keith Raniere.

Actress Allison Mack has been arrested and charged with sex trafficking for allegedly recruiting women into a sex cult led by NXIVM founder Keith Raniere after two supposed victims came forward to reveal the true nature of the marketing organisation. If found guilty, both Mack and Raniere face 15 years to life in prison. The 35-year-old 'Smallville' star will appear in federal court to face charges of sex trafficking, sex trafficking conspiracy and forced labor conspiracy for the part she apparently played in recruiting females for Keith Raniere's 'sex cult', as two alleged former members reveal a series of horrific events that they claim to have witnessed.

'As alleged in the indictment, Allison Mack recruited women to join what was purported to be a female mentorship group that was, in fact, created and led by Keith Raniere', Attorney Richard P. Donoghue said in a statement released on the Department of Justice website. 'The victims were then exploited, both sexually and for their labor, to the defendants' benefit.'

NXIVM in a New York company founded in 1998 and billed as a self-help organisation. Authorities are describing it as something similar to a 'pyramid scheme' where members are paid to recruit other members, and legal documents reveal that a 'secret society' called 'DOS' was created within the organistion. DOS is an acronym for a Latin phrase meaning 'Lord/Master of the Obedient Female Companions' or 'The Vow', and apparently involves 'slaves' becoming 'masters' by recruiting more 'slaves'

'Mack is one of the women in the first level of the pyramid immediately below Raniere', a release from the U.S. Attorney's Office read. 'Mack and other DOS masters recruited DOS slaves by telling them that they were joining a women-only organization that would empower them and eradicate purported weaknesses that the Nxivm curriculum taught were common in women.  Mack and other DOS masters concealed Raniere's status at the top of the pyramid from new recruits.'

Conditions for joining included providing 'collateral' such as nude photographs or sensitive information about friends and family among other things, and was essentially used as blackmail for anyone who tried to leave or reveal the true nature of the group. Some were even 'branded' with Raniere's initials at a ritual-esque 'branding ceremony'.

'During the branding ceremonies, slaves were required to be fully naked, and a master would order one slave to film the branding while the others restrained the slave being branded', the story continued. Court filings also add that Mack encouraged her 'slaves' to engage in sexual activity with Raniere in exchange for payment of some description.

In a strange twist, the press have managed to unveil a series of chilling (in the light of this news) messages that Mack sent to none other than fellow actress Emma Watson regarding a 'women's movement', leaving people to wonder if Mack attempted to recruit the 'Harry Potter' star into the cult.

'I participate in a unique human development & women's movement I'd love to tell you about', she wrote on Twitter. 'As a fellow actress I can relate so well to your vision and what you want to see in the world. I think we could work together. Let me know if you're willing to chat.'

It's important to clarify that both defendents are innocent until proven guilty, with all allegations yet to be supported by evidence in court. 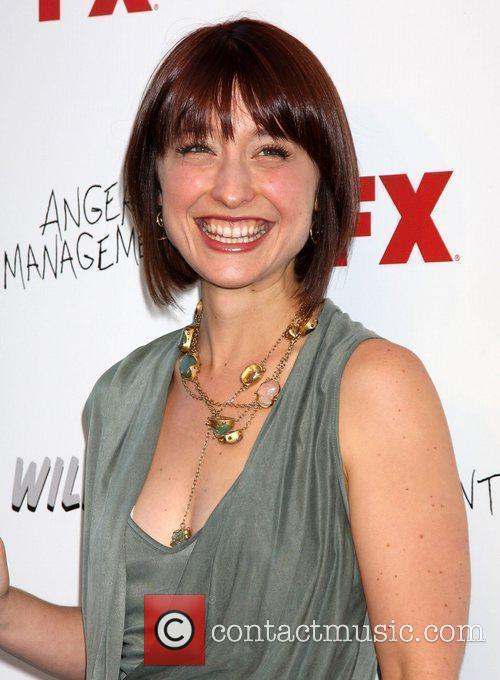