Aloe Blacc Takes The Man To The Top Of The U.k. Charts 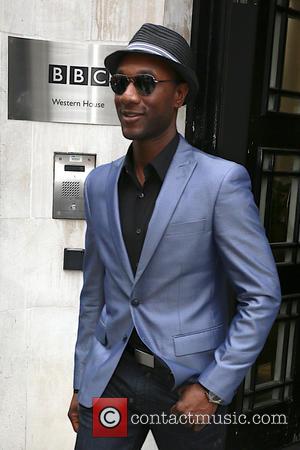 U.S. singer/songwriter Aloe Blacc has scored his first solo number one in the U.K. after topping the British singles chart with The Man on Sunday (06Apr14).

The hitmaker, real name Egbert Nathaniel Dawkins Iii, hit the top of the countdown last year (13) with his Avicii collaboration Wake Me Up, and now he has his first solo number one thanks to his homage to Elton John's first U.K. top 10 single, Your Song.

Meanwhile, John Legend finds himself a runner-up on both sides of the Atlantic - his All Of Me climbs up the chart to two as the same track stays put in second place behind Pharrell Williams' Happy in America.

Duke Dumont's I Got U rounds out the new top three.

On the U.K album chart, the Kaiser Chiefs debut at one with their fifth album Education, Education, Education & War, while last week's chart-topper, Sam Bailey's The Power Of Love falls to two and George Michael's Symphonica rounds out the top three.

Aloe Blacc: 'I didn't have to bend to the will of the industry'