Formation: Alt-J formed when band members Gwil Sainsbury (guitar/bass), Joe Newman (guitar/vox), Gus Unger-Hamilton (keyboard) and Thom Green (drums) met each other while studying at Leeds University in 2007. Gus was studying English Literature while the others did Fine Art. They first started recording in their dorms and used Apple software GarageBand to produce their music. Having been through several name changes including 'Daljit Dhaliwal' and 'Films', they settled on Alt-J which is often depicted as the Greek symbol for delta which can be typed using the alt key and letter 'j' on an Apple OS X keyboard.

Musical Career: When Alt-J left University, they moved to Cambridge where they began further work on their music. They signed with Infectious Records in 2011 and soon released their first EP (self-titled) in London which was produced by Charlie Andrew. It included the tracks ‘Breezeblocks’, ‘Hand-Made’, ‘Matilda’ and ‘Tessellate’. Their song ‘Bloodflood’ and ‘Tessellate’ were released on a single in October 2011 by Loud and Quiet. They released their debut album ‘An Awesome Wave’ in May 2012 which hit the UK charts at number 13. It was later released in the US on Canvasback Music and won the Barclaycard Mercury Prize. In 2012, they supported Wild Beasts on tour and also made appearances at a variety of festivals including Latitude, Tramlines, Bestival, Reading and Leeds, End Of The Road, Milhões de Festa, T in the Park, Green Man, Pukkelpop, Lowlands, and Into The Great Wide Open. They are set to Australia’s Laneway Festival and the Reading and Leeds Festival in 2013 and their song ‘Buffalo’ (featuring Mountain Man) appears in the new movie ‘Silver Linings Playbook’.

'Reduxer', a hip-hop inspired remix album of 2017's 'Relaxer', will be out in September.

British indie stars Alt-J have announced the release of a new album of remixes taken from their current album Relaxer, completed with the help of a number of hip-hop and rap artists.

The trio revealed the details of the record, titled Reduxer, which will be released on September 28th. It consists of remixes of songs from their Mercury Prize nominated third album Relaxer, which was released in June 2017.

“It’s always been a dream of ours to work with hip-hop artists in re-imagining our music,” they said in a press release at the start of the week, just days after they closed out the 2018 Latitude Festival with a headline set.

The 2017 Mercury Prize shortlist has finally been announced and includes two previous winners, three former nominees altogether and one of the biggest pop stars in the charts at the moment: Ed Sheeran. The winner for this year will be announced on September 14th 2017. The Mercury Prize nominees always includes at least one major star and this year it's 'The Shape of You' hitmaker Ed Sheeran. Surprisingly, it's only his first time being shortlisted for this coveted British award but with his new album 'Divide' making waves, it's certainly well-deserved. The 'Left Hand Free' hitmakers were singled out for criticism by the former Oasis man during an interview with Rolling Stone earlier this week. Both artists are due to headline Latitude Festival later this year.

Indie stars Alt-J have brushed off criticism from Noel Gallagher by saying that they felt that being slagged off by him is “a rite of passage to get a pasting from him.”

The former Oasis man let rip at the band, who topped the album charts last year with their second album This Is All Yours, in an interview with Rolling Stone. He said that he was “in no way a fan of Alt-J” and that, despite buying their track ‘Left Hand Free’, said they could “f**k right off as far as I’m concerned.” When he was asked why, he replied: “I don't know. One of them's got a moustache, and that's unacceptable.” 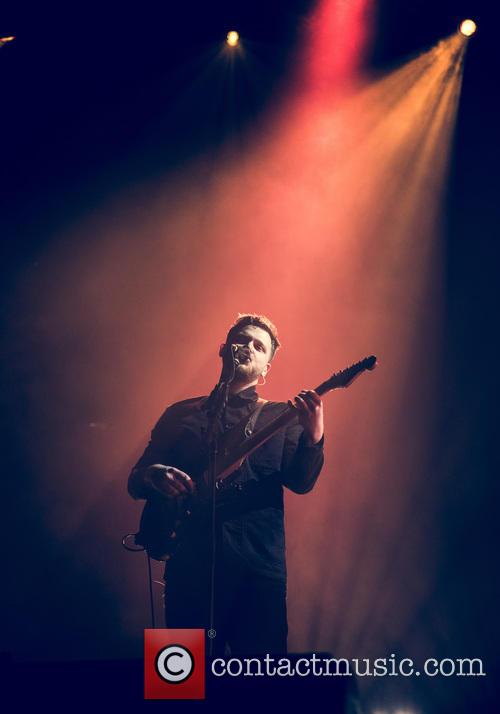 Alt-J, Foals And Twin Shadow All Appear At Coachella After-Party Held At The Soho House 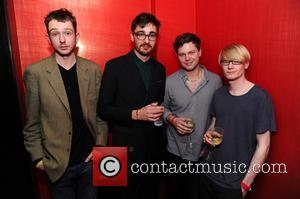 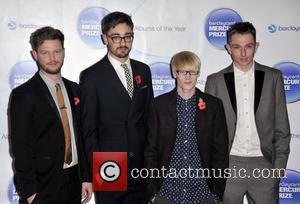