Greek Officials Have Dismissed The Advice Of George Clooney's Lawyer Wife Amal Clooney And Ruled Out Taking Legal Action Against The U.k. To Reclaim The Elgin Marbles From The British Museum. 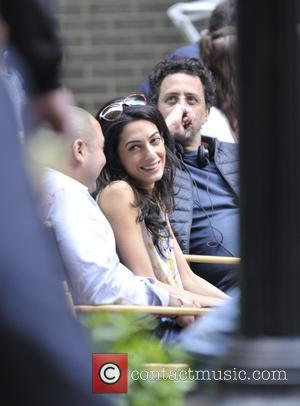 Last year (14), the British barrister signed on to help then-Prime Minister Antonis Samaras make a case for the return of the ancient sculptures, and she reportedly submitted a 150-page report to Greek government officials this week (begs11May15), urging them to formally request the repatriation of the marbles, suggesting they take Britain to the International Court of Justice if top historians there refused.

However, Greece's culture minister announced on Thursday (14May15) that they have decided against Clooney's advice, opting for a more "diplomatic and political" approach, as a costly legal battle could dig deeper into the country's already massive debts.

Last year (14), Amal Clooney's movie star husband pleaded with English officials to return the collection of sculptures, which were taken from Greece in the early 1800s. His cause earned the support of Liam Neeson.