Amanda Bynes Pleads Not Guilty After Reaching Out To Obama

Amanda Bynes has pleaded not guilty to driving under The Influence (DUI), a day after reaching out to US President Barack Obama, asking him to intervene in the case. 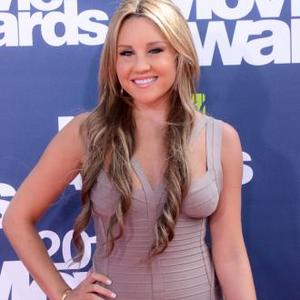 Amanda Bynes has pleaded not guilty to driving under The Influence (DUI).

The 26-year-old actress was arrested in April after accidentally driving into a police car in Hollywood, but denied the charges against her, insisting she can't have been under the influence because she doesn't drink alcohol.

The plea came a day after the 'Hairspray' star tweeted to urge US President Barack Obama to intervene in the case - and have the police officer who arrested her fired.

She wrote: ''Hey Barack Obama... I don't drink. Please fire the cop who arrested me. I also don't hit and run. The end.''

Prosecutors are seeking a sentencing enhancement in the case because the actress reportedly refused to submit to either a breathalyser or a blood test at the scene of the accident.

If convicted, she faces up to six months in prison.

A pretrial court date has been set for July 18.