Amanda Bynes To Rihanna: Chris Brown Beat You Because You're Not Pretty 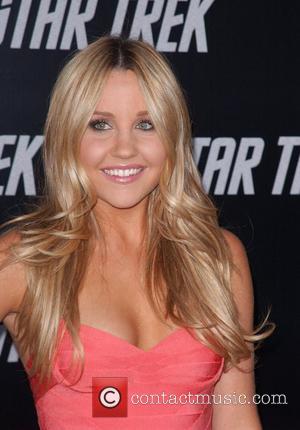 She followed the nasty jibe up with another insult, claiming she was considering naming her dog after Rihanna. The Bajan pop-star appeared to get wind of the deleted tweets pretty quickly, posting, "Ya see what happens when they cancel Intervention?" before Bynes responded, "unlike ur fugly faced self I don't do drugs! U need the intervention dog! I met ur ugly face in person! U aren't pretty u know it!" (she deleted the tweet shortly afterwards).

The latest on the bizarre rant is that Amanda Bynes is claiming the tweets were fake and were posted by someone else. "I saw a bunch of mocked up tweets about me bashing Rihanna in my mentions. I'm followed by so many people that someone is always mocking up fake tweets so I feel the need to address them!" she added on Twitter. So we're none the wiser really, are we?

It caps a ridiculous week for Amanda, who says she is planning a hailstorm of lawsuits against the NYPD and her apartment complex following her arrest last week. According to TMZ.com, she plans to file a lawsuit against the police department for illegally entering her place, lying about her having drugs, lying about her tampering with drug paraphernalia, being put into a mental hospital against her will and being "locked up overnight." Rihanna Performing In Florida During Her Recent Tour Chris Brown Was Famously Convicted Of Assaulting His Then-Girlfriend Rihanna