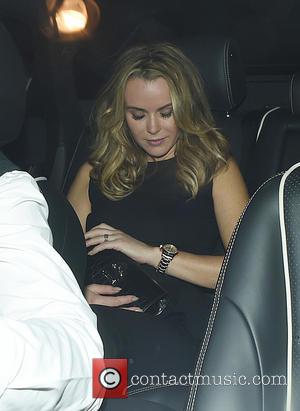 Picture: Amanda Holden - Celebrities leaving Balthazar Restaurant in Covent Garden before heading to Groucho Club in Soho, where they stayed until around 3am. - London,...

British Tv star Amanda Holden has successfully campaigned to ban the controversial burning of aborted and miscarried babies in the U.K.

The actress, who has twice lost a child during pregnancy, has shot a documentary for Britain's Channel 4 network highlighting the U.K. National Health Service's (Nhs) practice of incinerating foetal remains as 'clinical waste' rather than cremating them.

Her conversation with Member of Parliament (Mp) Dr Dan Poulter led to an investigation which has now resulted in the practice being banned throughout the Nhs, and Holden is delighted with the result.

She tells Britain's Daily Mirror newspaper, "It's disgraceful to think babies were thrown into the burner alongside waste such as bandages and syringes. I hope mothers and fathers will be comforted by the knowledge this won't go on any more."