Rocker Amanda Palmer Had To Cancel Her Highly-anticipated Show Opening For Morrissey In California On Saturday (25jul15) After Contracting Lyme Disease Following A Tick Bite. 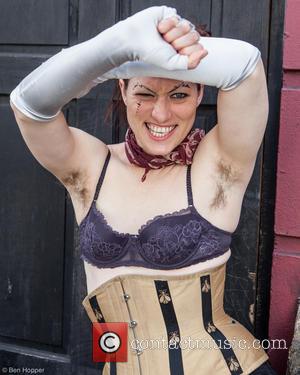 The former Dresden Dolls frontwoman wrote on her blog on Friday (24Jul15) that she was hospitalised in Boston, Massachusetts on 17 July (15) for acute Lyme disease treatment, and was unable to recover properly to play the gig at the Event Center at San Jose State University on Saturday (25Jul15).

Palmer, who is seven months pregnant, was discharged on Tuesday (21Jul15) and told fans that she was "pretty f**king sad" about having the cancel the "gig of a lifetime".

She writes, "i was really, really, really, REALLY looking forward to opening for Morrissey. the gig of a lifetime, basically, and if you know me, you know why... i made the call yesterday. i can't do the gig. it'd be ridiculous. i can barely get out of bed, i don't know how i'd get on a plane... so i am doing the Totally Adult Thing. i'm canceling the morrissey gig, i'm staying in bed, and while i'm pretty f**king sad about it, it's also a no-brainer (sic)."

Palmer had written an apology to the former The Smiths frontman, and tweeted on Saturday (25Jul15) that Morrissey had sent her get well wishes, adding, "aw morrissey just sent along message saying he hopes i get better. everybody at the show tonight: transmit vegan love vibes his way from me (sic)."

Palmer, who is married to British author Neil Gaiman, stressed to her blog readers that her unborn baby was unharmed.