Dresden Dolls singer has sparked debate with her poem 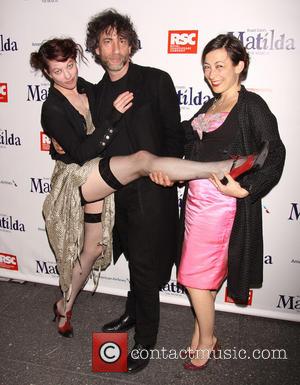 Amanda Palmer’s “Poem for Dzhokhar” has sparked wide-scale debate; not only on her blog, where it was posted, but beyond there in the wider media. Seemingly an empathetic look at the man accused of the Boston marathon bombings, ‘Poem for Dzhokhar’ makes for uncomfortable reading. Partly because of the subject matter, the difficulty of re-humanising a man that many mainstream media outlets will so quickly have branded a monster but partly because of the many assumptions that Palmer must have made in order to pen this poem.

It is, of course, an act of fiction, a work of art, a product of Palmer’s imagination; produced at such a time that emotions are still running high in relation to the Boston tragedy. Wall Street Journal have run a blog today (April 23, 2013) entitled “Is This Verse About The Boston Bombings The Worst Poem Ever?” stating their position on the matter quite clearly, with that most rhetorical of questions. Amanda Palmer reportedly refused a request to comment. Meanwhile, Salon.com have accused the poem of being “trollish,” though argues that the existence of the poem itself should not be cause for outrage; if Palmer wishes to express her thoughts on the tragic events by envisioning the thoughts of the alleged perpetrator, well, then, why shouldn’t she?

Palmer, of course, has a highly dedicated fan-base, ready to defend her to the hilt, as many have done in the (nearly 2000) comments section of the blog. Overwhelmingly, the response to the poem has been negative, but what’s worse, the intention, the timing, or the poem itself? Amanda Palmer: has upset many with her Boston bomber poem