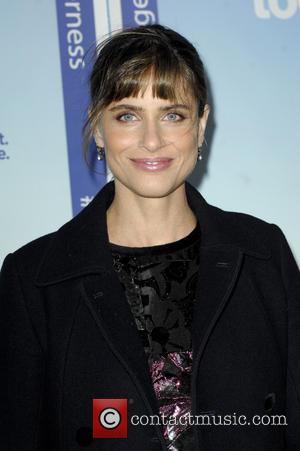 New mum Amanda Peet has been stuffing her bra with cabbage in a bid to prevent milky leaks and breast pain after feeding her newborn baby.

The Whole Nine Yards actress gave birth to her third child, Henry, on 6 December (14), and she admits to trying out an odd family remedy to help her through the difficult early weeks of motherhood.

Showing off a revealing photo of herself brushing her teeth while wearing a bra stuffed with cabbage leaves during an appearance on The Ellen DeGeneres Show, the actress told the comedienne, "Apparently when you get engorged after the baby's born and the milk comes in... you can put cold cabbage leaves on your boobs and apparently it stops the milk.

When DeGeneres asked if the age-old remedy actually worked, the actress replied, "It doesn't really work... but it makes for a really great picture!"