Amanda Seyfried says she lost weight after moving to Hollywood. 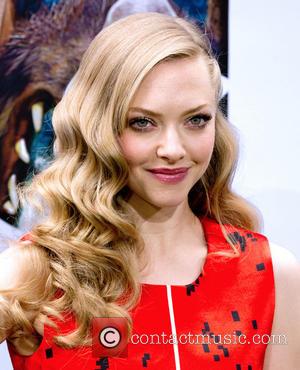 Les Miserables actress Amanda Seyfried says she lost her "beautiful, huge breasts" after moving to Hollywood to pursue a career in movies. The 27-year-old - who plays Linda Lovelace in a forthcoming biopic - called in on the Ellen Degeneres show this week to discuss her beginnings.

"I looked way better when I was 15. I had beautiful, huge breasts!" the actress explained, "And then I came to Hollywood and I was like I gotta lose weight. I gotta look thin. I gotta get fit. And I lost them a little bit." It seems she lost more than "a little bit," telling DeGeneres she was an D cup though that she doesn't miss them, "...because they were ... uncomfortable."

Despite her own decisions, Seyfried warned, "I was feminine. I had some nice curves. And I think we should appreciate that instead of trying to get rid of everything."

Watch the video of Amanda Seyfried on Ellen DeGeneres:

According to The Wrap, Seyfried is in final negotiations to join Ben Stiller, Adam Driver and Naomi Watts in Noah Baumbach's indie movie 'While We're Young.' The actress will play Driver's love interest in the film - a role originally planned for Greta Gerwig. The film stars Stiller and Watts as a married couple that strike up an unlikely friendship with a free-spirited ice-cream making younger couple.