Amanda Seyfried doesn't think her relationship with Dominic Cooper could have lasted ''long-term'' because they are such different people. 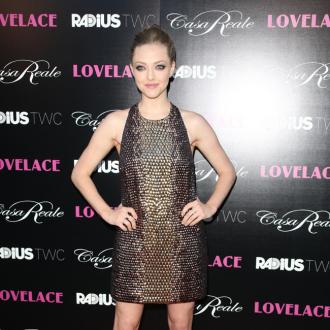 Amanda Seyfried doesn't think her relationship with Dominic Cooper could have lasted ''long-term''.

The 'Mamma Mia!' co-stars split in 2010 after around two years of dating, but the 28-year-old actress thinks they were always too different to stay together for long.

She admitted: ''It would never have worked long-term. I'm too uptight for him. Or he's too relaxed for me.

''He's been with the same girl for ages. I hope they're happy.''

The 'Lovelace' star also spoke about the debilitating effect anxiety and obsessive compulsive disorder (OCD) had on her when she was younger, admitting there were times she thought she was ''crazy''.

Speaking to the new issue of Britain's ELLE magazine, she said:

''I feel terrible for the younger me, because I thought I was crazy. Where was the fear coming from? It doesn't make any sense.

''It becomes physical - I would get dizzy and cry and the lights were too bright.

And the stunning star - who is dating actor Justin Long - also admitted to having insecurities about her looks.

She said: ''I would be lying if I said I wasn't constantly aware of what I'm doing with my body.

''I don't have to look like a supermodel. I don't have to have those abs - the camera doesn't see that. But because we have all been designed to want these things, I'm a victim of this stuff, too.''