Amanda Seyfried wants to have children ''badly'' but feels like she is running out of time to start a family. 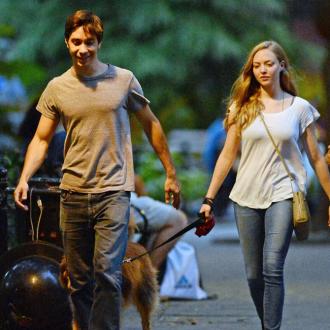 The 'Ted 2' actress, who is set to celebrate her 30th birthday in December and is dating 37-year-old actor Justin Long, has been broody for two years and feels like she is running out of time to start a family.

The blonde beauty said: ''I keep feeling like my eggs are dying off. I need to get on it... I want a child. Badly. I want to be a mother, badly. That's what I feel. I've been feeling it for like, two years. I'm not ready but nobody's ready. It changes everything... so how you can ever be ready for that?''

Amanda suffers from anxiety and regularly goes to therapy to help her cope.

She told the August issue of Britain's Marie Claire magazine: ''It's coping with life. I've been told to not talk about it, but [anxiety] is so very common. I just think, you go to your doctor about heart problems, or an eye doctor if you have an infection, you have to take care of yourself. Mental health is so segregated, it sucks. You don't necessarily have to have something chemically wrong with your brain to have mental health issues.''

Meanwhile, the 'Les Miserable' star claims she has turned down a lot of high profile films in the past because she was worried about being typecast after starring a ditzy girl in 'Mean Girls'.

She said: ''I realised that if I really wanted to work forever I was going to have to make the right decisions.... That's why I've made some tough decisions too, I've turned down some pretty big stuff. I didn't want to be an action hero or in a f**king green suit for like, ten years, because I don't want to be miserable. I think happiness comes from being free.''