Amanda Seyfried Was 'Obsessed' With Dicaprio

'Red Riding Hood' star Amanda Seyfried revealed she was ''obsessed'' with Leonardo Dicaprio in 'Romeo And Juliet when she was growing up when being quizzed by Justin Timberlake for Interview magazine. 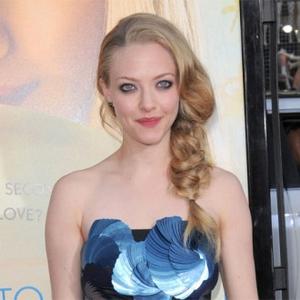 Amanda Seyfried was "obsessed" with Leonardo Dicaprio in 'Romeo And Juliet when she was growing up.

The 25-year-old actress has confessed she used to watch the 1996 movie - which was a modernised version of Shakespeare's original play and starred Leonardo as tragic lover Romeo Montague - all the time because the big screen heartthrob was her "favourite" actor.

She said: "I've always loved movies that have that kind of fantastical element to them. I was obsessed with 'Romeo and Juliet'. I was, like, 11 when it came out. I watched it all the time. I couldn't stop watching it. Leonardo DiCaprio was my absolute favourite. I was just so inspired by that movie, for whatever reason. It's beautiful. It's bright. It's vivid and intense. And then the love story and the soundtrack . I probably shouldn't have seen it as young I did, but I did and I loved it."

The blonde beauty is preparing for the release of her own fantasy film 'Red Riding Hood' - which is based on the fairy tale 'Little Red Riding Hood' and sees a medieval village tormented by a werewolf - and has scoffed at suggestions it is like the 'Twilight' movies.

Although the project has been helmed by Catherine Hardwicke - who directed the first part of the vampire franchise - and contains a love triangle involving Amanda's character Valerie, she claims that is where the similarities end.

In a Q&A conducted by her 'Now' co-star Justin Timberlake for Interview magazine, Amanda said: "I think it is hard not to compare 'Red Riding Hood' because Catherine directed the first 'Twilight'. But 'Red Riding Hood' is a very different film. I mean, yeah, there's a love triangle, and people can easily compare the relationship between Kristen Stewart and those two guys in 'Twilight' to the Valerie, Henry, and Peter characters in this movie, but we have so many elements that make it completely different. Nobody knows who the wolf is in our movie. And we've modernised the story and added so many levels to it and created our own story around the iconic centre, which is the girl in the woods who talks to the wolf, and has a great relationship with her grandmother, and all those symbols."