Amanda Seyfried wouldn't think about work when pregnant and wants to become a mother when she's ''ready'' for the responsibility. 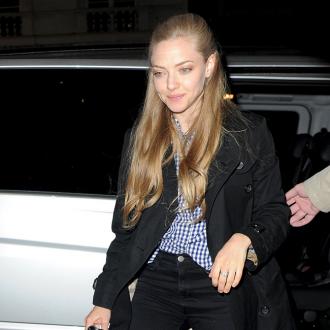 The 28-year-old actress was recently cast in 'Ted 2' and though she is unsure whether Mila Kunis who is expecting her first child with fiance Ashton Kutcher - will be returning for the comedy sequel, she would understand if she wanted to take time out to focus on her impending new arrival.

Speaking to Hello! magazine, Amanda - who is dating actor Justin Long - explained: ''I don't know whether [Mila Kunis] has a role in 'Ted 2'. I don't know what she's going to do. I know if I were her and pregnant, I wouldn't be thinking about work. I understand you can balance it but ... I think it would be so nice to be pregnant at some point when I'm ready for that.''

The 'Million Ways to Die In the West' actress admitted it used to ''bug'' her when people struggled to pronounce her name correctly, but after hearing it misspoken so many times, she no longer cares.

The screen beauty added: ''I've spend years telling everyone how to say it but now, I just don't care any more.

''It used to bug me but what's the point of allowing that to annoy you?''