Amber Heard has been charged over smuggling her dogs into Australia and could face up to 10 years in prison as a result of the incident. 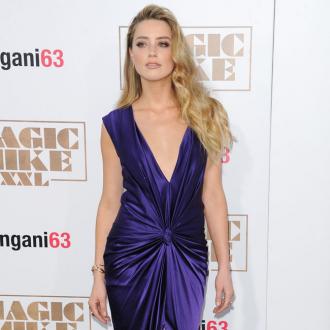 Amber Heard has been charged over smuggling her dogs into Australia.

The 29-year-old actress has been summoned to appear in court in Queensland in September after she, along with her husband Johnny Depp, illegally smuggled their Yorkshire terriers into the country on a private plane in August.

Amber - who wed the 'Pirates of the Caribbean' hunk back in February - has been charged with two counts of illegal importation and one count of producing a false document after breaking the country's quarantine laws.

At the time of the incident, the '3 Days to Kill' star was told the pooches could be killed if they were not removed within 50 hours, although strict sentencing now means Amber could face a fine of $200,000 or up to 10 years in prison.

After being given an ultimatum by Agriculture Minister Barnaby Joyce to send the mutts back to the US or have them put down, the actress dismissed the case as politicians trying ''to go for their 15 minutes [of fame].''

She said: ''I have a feeling we're going to avoid the land Down Under from now on . . . I guess everyone tries to go for their 15 minutes, including some government officials.''