Johnny Depp's rumoured new girlfriend Amber Heard admits she is a ''sucker for romance'' just like ''any other girl''. 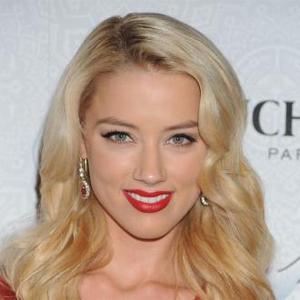 Amber Heard is a ''sucker for romance''.

The 26-year-old beauty - who is rumoured to be dating Johnny Depp - admits she loves watching old films because of the traditional views on courtship and can become ''transfixed'' while viewing them.

She said: ''I like Lauren Bacall and Rita Hayworth in 40s film, which my mother used to watch at home. I can sit in front of the TV and watch an old romantic film and be transfixed.

''I am just like any other girl, a sucker for romance.''

Openly bisexual Amber - who first met Johnny on the set of 'The Rum Diary' while he was still with partner Vanessa Paradis - had an unusual upbringing in a liberal area of Texas, and thinks her mother Paige knew from an early age she was different from other children.

She added to The Sun newspaper: ''I think my mother realised she had a somewhat unusual daughter pretty early on. I went to a Catholic school but did not really fit in. I also had an obsession with cars.

''Yet at the same time I was feminine and girly. I was still a bit of a bad-ass though! You wouldn't find me at the school prom, that's for sure. My mom allowed me time and space to become my own person, which is key when you are growing up.''