A Lawyer Representing Actress Amber Heard Has Won A Request To Delay A Court Case In Australia Stemming From The Furore Over The Dogs She Took Into The Country. 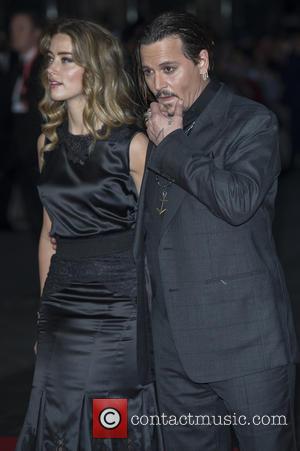 Amber and her husband Johnny Depp hit headlines in May (15) after they allegedly took their two pets into Australia without the proper permits, and the actress is now facing criminal charges over the incident.

Amber, 29, faces two counts of illegal importation of an animal and one count of producing a false document, and she had been due to appear at Southport Magistrates Court on Monday (02Nov15) to face the charges.

However, The Rum Diary star was not present at the hearing, and her lawyer, Paula Morreau, asked for an adjournment to continue negotiations with prosecutors.

Acting Magistrate Jason Schubert granted the request and postponed the case until 16 November (15), according to the Brisbane Times.

Amber faces a hefty fine and up to 10 years in prison if she is found guilty of the charges.

Her husband Johnny recently spoke out to protest the couple's innocence, and he hit out at Australia's agriculture minister Barnaby Joyce, who publicly criticised the stars for allegedly breaking the country's strict animal importation rules.

"This sort of weird, sweaty-pated, gut-man who decided that two five (or) six-inch tea-cup Yorkshire terriers would harm the country in some way," Johnny told U.S. talk show host Jimmy Kimmel. "He's got a point, especially when you consider that Australia has the most poisonous creatures on Earth... Everything will kill you within minutes."

He also joked that he would take drastic action if his wife is sent to jail Down Under.

"If they did that, I'd just fly to Australia and assault that man, so that I could go to jail (too)," he added.

The couple allegedly took their Yorkshire terriers into the country while the actor was shooting the latest Pirates of the Caribbean film, and the politician gave them 48 hours to leave or their pets would be put down.