Organisers At The Toronto International Film Festival Have Pulled The Plug On The Planned Premiere Of Matthew Cullen's London Fields After The Director Filed A $1 Million (£625,000) Lawsuit Against The Movie's Producers. 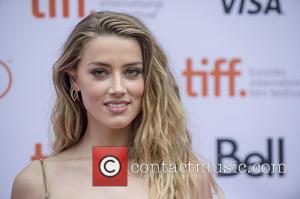 Cullen claims Chris Hanley and Jorden Gertner engaged in "fraudulent efforts" to rework the movie without his knowledge and he also accused the producers of failing to pay him the $300,000 (£187,500) fee he was promised for his work.

He is seeking damages and a declaration banning the producers from using his name to promote the project without his approval.

The crime thriller, starring Amber Heard and Billy Bob Thornton, was due to premiere publicly at the film festival on Friday (18Sep15), but it has since been removed from the schedule.

A spokesperson for the festival says, "We have recently learned of a legal matter that has arisen between the director and the producers of the film London Fields.

"We have worked to make our festival a public showcase for creative expression through the moving image, however with uncertainty surrounding the creative vision of the version of the film scheduled to be screened on September 18th, we feel it is only appropriate that we remove this film from the Festival lineup. We are hopeful that this matter will be resolved positively, and that audiences will have the opportunity to see the film."

Cullen's film is not the only movie to be removed from the lineup at the festival - the premiere of Aretha Franklin's concert documentary Amazing Grace was halted last week (ends13Sep15) after the soul legend obtained an emergency injunction over footage included in the film.