Amber Rose reportedly thinks Kylie Jenner is a ''baby'' and has blasted her boyfriend Tyga for splitting with Blac Chyna in favour of the 'Keeping Up With The Kardashians' star. 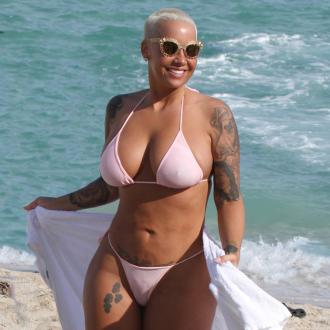 The outspoken model-and-fashion designer also blasted 25-year-old rapper, Tyga, for splitting with her pal Blac Chyna and dating the 'Keeping Up With The Kardashians' star instead.

''That's ridiculous. [Tyga] should be ashamed of himself. That's how I feel. For sure. He has a beautiful woman and a baby and left that for a 16-year-old who just turned 17.''

A source shared previously: ''She's got natural mother instincts for when she does have a baby. When King is around, Kylie lights up. She likes to hold him and she's read to him before at the house.

''Kylie thinks King's the cutest little baby ever and she can't stop playing with his hair. Several weeks back she was over and she and Tyga were talking about some business but she was more interested in playing with King. She calls him 'King King' by the way and every time he sits on her lap she twists his hair.''