Amber Run - For A Moment, I Was Lost Album Review

A quartet who formed whilst at university in Nottingham, Amber Run played only their fourth show at Reading Festival, while also landing a support slot with Kodaline. Their debut album was released two years ago, breaking the UK top 40, and they are now releasing its successor.  They tour throughout the month ahead, with a number of dates showing as sold out.

Continue reading: Amber Run - For A Moment, I Was Lost Album Review

Having appeared on the BBC Introducing stage at the 2013 Reading Festival, Nottingham outfit Amber Run have since released a series of EPs.  Now unleashing their debut album '5AM', they are on the cusp of finishing off a headline tour of the UK and Ireland, but are lined up for the Dot To Dot Festival and Splendour In Nottingham events. 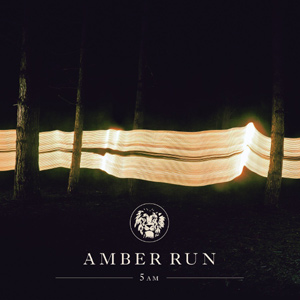 Across the course of '5AM', it is made clear by Amber Run that they have ambitions to connect with the fans of some of the biggest rock bands in the world.  'I Found' is a gradual and stirring number that builds like a Coldplay piece, while 'Spark' apes The Killers.  A potentially fine song, it is easy to imagine it providing the soundtrack to a sporting event, but what should be a great pre-chorus to lead into a massive hook turns out to be the actual main section of the song.  The tingling guitars in 'Hurricane' nod toward U2 for a breezy piece, while there are arena-fillers aplenty in the likes of 'Noah' and 'Just My Soul Responding'.  There is potential for commercial success as this is very obviously a capable band, but where they fall short is that in their nods to others, they fail to really establish their own identity.  A solid first full-length release, they'll need to step up in order to break into the mainstream - but it shouldn't be beyond them. Amber Run For A Moment, I Was Lost Album Review