Former Miss Universe Amelia Vega To Be A First-time Mum 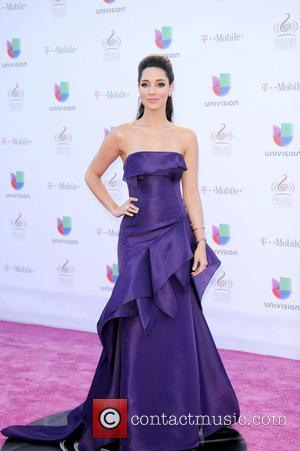 The Dominican Republic beauty and her husband, basketball star Al Horford, revealed they are preparing to welcome a baby son to their family in the spring March (15) on Tuesday (30Sep14).

Vega took to Instagram with a photo of herself and Horford in a fake movie poster for a film titled Expecting To Pop!

Vega and Horford wed in secret in December, 2011 at the home of her uncle, Dominican singer/songwriter Juan Luis Guerra.

The model and singer became the first Dominican woman to be crowned Miss Universe in 2003. At the age of 18, she was also the youngest winner since 1994.

Former Miss Universe Amelia Vega To Be A First-time Mum