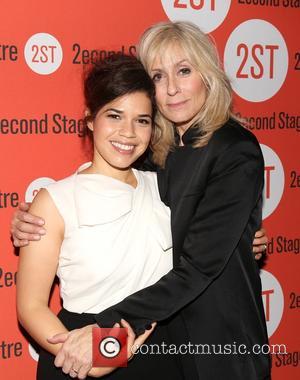 Picture: America Ferrera, Judith Light and Ugly Betty reunion - A variety of stars were photographed as they attended the Opening night after party for the...

Actress America Ferrera stays grounded by taking public transport to work during her stint on the New York stage.

The former Ugly Betty star is currently appearing in an Off-Broadway production of Terrence MCNally's play Lips Together, Teeth Apart at the Second Stage Theater in Manhattan, and she shuns luxury travel to take the subway every day.

Ferrera reveals she became obsessed with public transport after moving to the Big Apple from Los Angeles in 2005, and still rides the rails.

She tells the New York Post, "I was just mesmorised by public transportation... I have to pinch myself when I ride the subway up to Midtown to go onstage on 43rd Street."