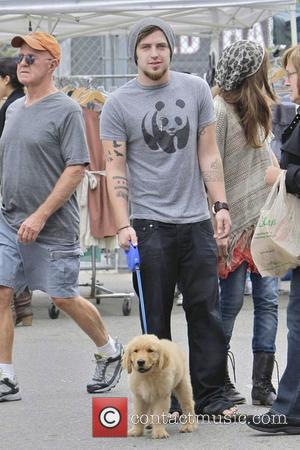 After being booted off of American Idol in Las Vegas, Jermaine Jones made a last-minute return to the show. In a turn of fortune, Jermaine ended up being one of the stars of Tuesday's show this week (February 28, 2012). The larger than life 25 year old impressed judges with his rendition of the Luther Vandross song 'Dance With My Father' and he stood out amongst the 13 male semi-finalists battling for a spot in the final.

Ryan Seacrest, somewhat dwarfed by Jermaine, introduced the talented baritone as the 'gentle giant.' Jones told Seacrest that he was shocked when the call came in asking his mother to return to the show, saying that he thought his mother was joking when she said who was on the phone. He revealed that his mother almost didn't answer the call, because she didn't recognize the incoming number. He said that he did not have to think too long before accepting the offer, "send for me now!" was his response, apparently.

After a moving performance, which had the front rows all clapping along in time and Jennifer Lopez singing along, clearly impressed, all three of the judges gave Jermaine a standing ovation. Randy Jackson remarked on his bass-heavy voice, saying it was "one of the reasons" they wanted him to remain on the show. "You are so different and so unique," he told the grateful contestant, before Jennifer Lopez told him "You have such a special voice and such a special spirit and I'm glad that America got to see you tonight." Steven Tyler added "thank you for proving to us why we asked you to come back.