Tv Singing Contest American Idol Is To End In 2016 After 15 Series. 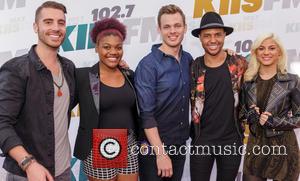 Picture: American Idol Contestants - A variety of stars from the music industry were snapped as they arrived at KIIS FM's Wango Tango 2015 which was...

The reality show was launched in the U.S. in 2002 and rumours of its cancellation have been circulating during recent series due to dwindling ratings.

Representatives at the Fox TV network have now officially announced the show will not be renewed after season 15, which begins in January (16). Current judges Jennifer Lopez, Keith Urban and Harry Connick, Jr. and presenter Ryan Seacrest will return for the final run.

Gary Newman, Fox's chairman and CEO revealed on Monday (11May15), "It was not an easy decision. Idol has even such vital part of Fox for its run. And we spent a lot of time talking with producers about the future of American Idol and collectively all of us arrived at the conclusion that it was time to bring the show to an end."

On the Fox website, the final season has been dubbed as a "season-long celebratory event" which will "pay tribute to the past 14 seasons of amazingly talented contestants and the millions of fans".