Get Your Goggles On, It's A Bloodbath! American Idol To Make COMPLETE Cull For Season 13 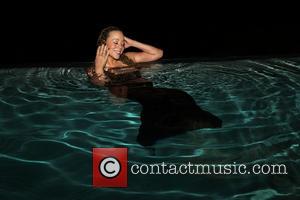 American Idol’s problems this season have been well documented, but it looks like Fox are really at the end of their tether with a show that has lost 22% of its viewers this season, an issue compounded by the fact that its main rival The Voice, on NBC, is surging up the ratings and recently beat the show in both total viewers and the much-important 18-49 demographic.

So what’s happening? Well, according to The Wrap EVERY judge is going to get the boot going into season 13. You heard: Mariah Carey, Nicki Minaj, Keith Urban even Randy Jackson! They’re all going apparently, no more high-paid contracts to divas (we’re looking at you Carey and Minaj,) no getting by just because you’ve been there sodding ages (Jackson) and no being there because… well, we’re not sure why you’re there Urban. It’s also being mooted that the show’s producer Nigel Lythgoe could also get the boot – man, this really is a blood bath.

From all of this you’d think that they should just go ahead and cancel the show, but what American Idol still does for Fox is to bring in a whole heap of advertising revenue, the show bringing in $836.4 million worth of the stuff alone last year. Added to the fact that Fox doesn’t have anything to replace it, and that Simon Cowell’s X Factor is also on shaky ratings ground, then it really does seem that the best option for the network is to patch it up and hope to keep it on the road. See ya Mariah, you are outta there